“These violent delights have violent ends/And in their triumph die, like fire and powder/Which, as they kiss, consume.” ― William Shakespeare, Romeo and Juliet

Tragic love stories are timeless. Toxic relationships have gripped human intrigue for at least as long as written records have existed. Poor old Romeo and Juliet —two long-dead, fictitious star-crossed lovers—  thus remain a quintessential part of Western literature and education. Perhaps only one other love story has ever rivaled their tumultuous state of affairs, leading to the most untimely, and evermore tragic, of deaths. 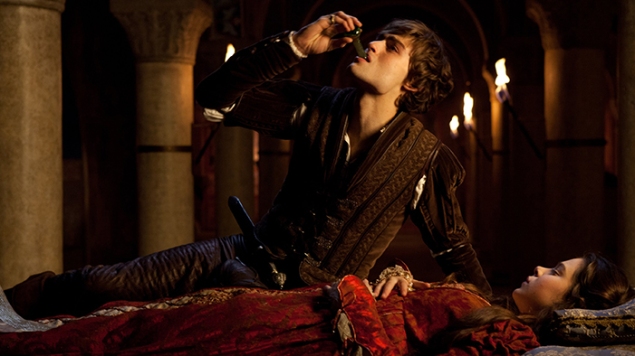 Western culture is now all-too-familiar with a more modern, more devastating love affair involving neither feuding families nor a man and his mistress. It is just as spellbinding and calamitous as Shakespeare’s story though. The star seductress in this particular tale is no stranger to the stage. She’s played a leading, tragic role in ordinary lives all across the globe (increasingly so in recent years). Her name is Addiction, and she’s no stranger to me either (my parents met at an Alcoholics Anonymous meeting).

In the U.S. approximately 23.5 million people are addicted to alcohol or other drugs. Drug overdose is currently the leading cause of accidental death in the States. Between 1999 and 2014, overdose was to blame for 165,000 deaths. In 2014 alone, approximately 125 Americans died daily due to overdose — statistically similar to the H.I.V. epidemic at its peak. More than 33,000 people experienced death by overdose in 2015. By the time 2016 rolled around, drug overdoses claimed more American lives than the Vietnam War did; over 64,000 lives were lost to drugs last year. Fentanyl —a synthetic opioid (painkiller), up to 100 times stronger than morphine— deaths had risen a staggering 540% in just three years. As we wrap up 2017, all evidence suggests a continued surge in overdose-related deaths (opioids, especially). In the next decade, half-a-million people are at risk of an opioid overdose resulting in death.

Meanwhile, 1 in 12 adults (~17.6 million) suffer from alcohol abuse or dependence and approximately 88,000 deaths are annually attributed to excessive alcohol use. Although programs like Alcoholics Anonymous (AA) exist to help struggling addicts seeking sobriety, fundamental flaws may be hindering the success of certain addicts, who may simply transfer their addiction elsewhere (many might stop drinking but start using drugs; others become sex addicts or compulsive gamblers). Established over 80 years ago, the program preceded important scientific realizations about addiction. When AA was founded in 1935, knowledge and understanding of the brain was in its infancy. The first neuroscience department (called psychobiology) didn’t even exist until 1964. Modern applications of cognitive and behavioral neuroscience are much newer yet. It wasn’t until the end of the 20th century that scientists were able to use field advances, mainly five brain imaging techniques, to liken addiction to a chronic brain disease.

But back in AA’s early days, like early conservative lessons in sexual education, abstinence alone was taught as the only road to recovery. Despite the evolution of neurobiology and drug abuse research, AA’s ideology remained static. Members must subscribe to the notion that they are “powerless” over the drinks that have led them to all their poor decisions. Continuing advances in research show how unsubstantiated and myopic our understanding of addiction might be. Brain plasticity (the ability of the brain to change physically and chemically) now suggests that, with the right tools, we may be able to trick or re-train the brain to overcome addiction. When it comes to treating addicts, continuing research suggests that a successful outcome is rooted in love, support, and accountability. Abstinence may not be mandatory (or feasible) in every case.

It was late on a Sunday night when I went over to Crystal’s house to chat about her research. She’s always up late though. I’m convinced she’s some sort of mutant superhuman. That’s the only logical explanation as to how she successfully maintains such a hectic schedule; her career in medicine, counseling and research, raising two young children, all while volunteering for countless boards and outreach programs within the Baltimore community. Crystal C. Watkins, M.D., Ph.D. is the director of The Memory Clinic and assistant professor of psychiatry and behavioral sciences at Johns Hopkins University School of Medicine. Her background is grounded in neuroscience and she’s currently focused on treating geriatric patients, many of whom have been battling addiction for decades. I was especially curious to hear Crystal’s professional angle because, like me, she’s personally familiar with the antagonist of this story. She’s closely connected with a bloodline that’s shared an intimate relationship with Addiction. Like my parents, Crystal’s aunt and uncle met at an AA meeting.

According to Crystal, research shows that one’s propensity for addiction is a convoluted issue. Genetics and environment play equally strong roles. Despite the negative connotation associated with people with addictive personalities, Crystal explains how it’s just like temperament. Just as some people are more likely to be outgoing and talkative, others might be innately introverted and shy. When it comes to addictive personalities, science shows causation connected to the reinforcement pathway in the brain’s reward system. Researchers at the University of Colorado Boulder note that, “The reward pathway evolved to promote activities that are essential to the survival of the human race as well as other mammals.” Drug and alcohol abuse, which stimulate that part of the brain, can lead to addiction in people whose personalities are more reward-driven.

Crystal explains that these are types of people especially affected by feelings and, therefore, more prone to give in to instant gratification. It’s what drives them. These are the worlds’ romantics. The artists. The whimsical dreamers. The most empathetic feelers. The utterly heartbroken grievers. People with this “personality trait” are hyper-focused on living in the present versus those with the delayed-gratification mentality: logical, pragmatic thinkers that tend to be planners offsetting temporary bliss in exchange for long-term goals.

It’s theorized that, if these profoundly reward-driven people are unable to build strong relationships, which stimulates the reward system and floods it with natural feel-good endorphins, they may be at higher risk for abusing substances. They are able to quite literally “bond” with the substance instead. This may mimic the pleasure one finds in a romantic partner, confidant, or strong family unit. Sarah Hepola echoes this sentiment in her book, Blackout: Remembering the Things I Drank to Forget: “That’s what I wanted… an honest conversation … a conversation in which those superficial details faded away and we dared to tell the truth about our own suffering. This was the closeness I had always been drinking toward. I drank for other reasons, so many other reasons, but closeness was the richest reward.” 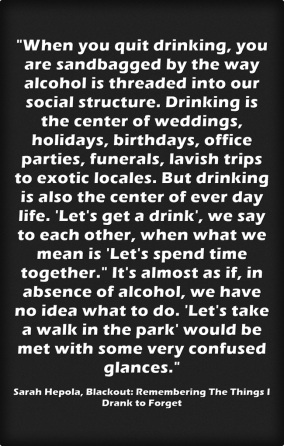 When I referenced the Hepola quote to Crystal, she nodded her head in agreement, saying how most addictive behaviors are a part of “socialization… a rite of passage and a huge part of bonding in today’s drug culture.” In her experience, very few drug abuse issues were happening in isolation. Humans are social creatures by nature. They crave connection, understanding, and, above all, love. But perhaps, for those enjoying drugs or alcohol in isolation, an addict’s high can mimic feelings of love (by infiltrating the reward and pleasure pathways in the brain), even without a physical lover. Like Romeo and Juliet, Western society’s modern love tragedy portrays Addiction as a timeless seductress, an immortal vampire, feeding off the lives destroyed in her overwhelmingly powerful wake.

Helping those afflicted to break free from their addiction is a complex issue. Giving patients drugs to ward off cravings certainly works, to an extent. Some drugs replace positive reinforcement with punishment. Crystal explained how these drugs would immediately make alcoholic patients sick if they drank any alcohol. The process re-trains the brain to associate alcohol with pain instead of pleasure. But there’s a reason programs like Alcoholics Anonymous and Narcotics Anonymous still have the highest success rates, in spite of incorporating some outdated philosophies. It’s all about an addict’s environment. “Just like the social culture brings people together, that’s also why programs like AA and NA still statistically probably work the best,” Crystal said. “Because it’s a social network where people are held accountable. So it’s the reverse of the [drinking] culture… people have a reason to come together, they have a reason to talk, they have a reason to share. It’s socialization, but the whole thing bonding them together is not drinking… as opposed to before when the glue that held them together was drinking.”

Perhaps all an addict really needs is love, they’re just looking in all the wrong places. And maybe my parents and Crystal’s aunt and uncle can attest to that. Their love affairs with Addiction were dramatic and exhilarating, albeit tragic. Maybe their marriages to other addicts were the most successful parts of treatment. Marriage, bringing its own naturally-euphoric rewards, including a permanent social network, support system, complete with true understanding and accountability: a family. 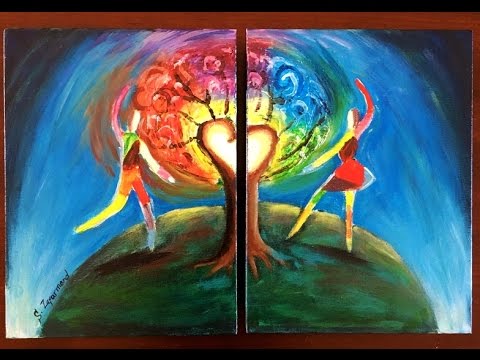 © BrittanyStepniak and brittstepblog, 2017. Unauthorized use and/or duplication of this material without express and written permission from this site’s author and/or owner is strictly prohibited. Excerpts and links may be used, provided that full and clear credit is given to Brittany Stepniak and brittstepblog with appropriate and specific direction to the original content.